The Rochester Area Colleges Center for Excellence in Math and Science is pleased to introduce Mr. Andy Maillet – a Math teacher at Greece Athena High School – as a nominee for the 2010 Excellence in STEM Teaching Award. 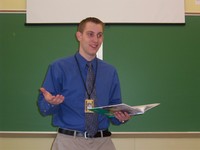 Maillet, who is teaches Regents Geometry and Algebra-Geometry Connections courses, was nominated for the award by Mr. Thomas Mariano – Director of Mathematics and Science for Greece Central School District.

Maillet uses a variety of activities throughout instruction to try to keep students engaged and motivated.  For example, Maillet integrates the television show Numb3rs into each unit of study.

Numb3rs a TV series on the CBS network, is about a FBI agent and his mathematically gifted brother who team up and use math to solve crimes.

During the course of the show, students in Maillet’s class are expected to recognize and write down mathematical concepts they recognize.   Maillet, also creates math problems based on each episode and the Regents topic the students are currently studying.  The students work in collaborative groups to answer Maillet’s questions and make connections to the show. 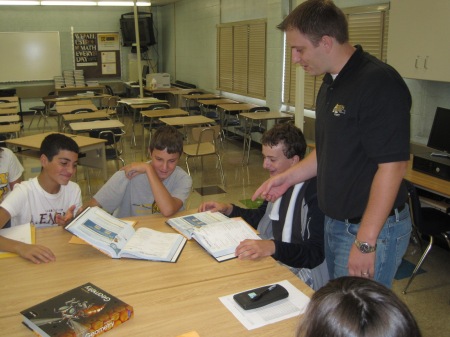 “The integration of these activities has greatly impacted engagement and learning,” Maillet said, “My students have stated that this motivational lesson helps them to pay attention and learn topics that they may have not shown any interest in the past.”

This kind of student engagement exemplifies what  Mariano, wrote about Andy in his nomination letter:

“At a time where preparing students for standardized testing often seems to squeeze out opportunities for taking risks with students on ideas such as the Numb3rs activity, Andy has found ways to focus student learning using these activities on the “need to know” content while at the same time instilling in his students a greater appreciation and confidence in using the power of mathematics to make sense of our world beyond what is seen in a textbook.”

Maillet earned his bachelor and masters degrees in Mathematics and Education at Niagara University, and has been teaching at Greece Athena since 2004. He currently lives in Greece with his wife and twin boys.  Maillet is also involved in Future Educators of America, Ski Club, Student Leaders, and the Martial Arts Club at Athena High School. 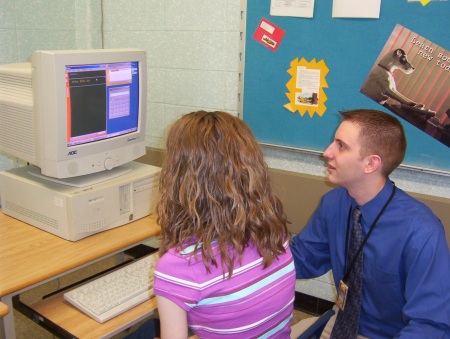